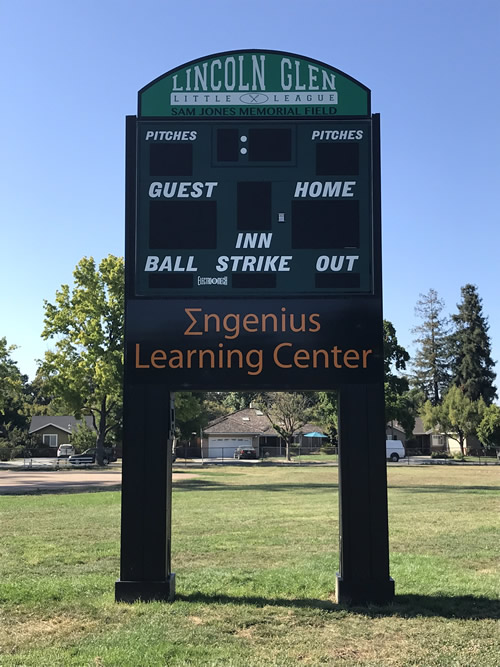 The snack shack at Lincoln Glen Little League has good food and the highest price is around $3-4. The other places where people can play is at one of the two basketball courts, which are nicely kept. There is a little kid playground and a big playground.

The park also has tennis courts which are also nicely kept and a place to workout. There is parking all around the park.

The name of the Lincoln Glen Little League Majors field is Sam Jones Field. The Triple A teams and Majors teams play on the Majors field.

The infield is a diamond /square and is covered with grass and the outfield is a semi-circle. There is a nice scoreboard behind the left field fence.

There is a nice batting cage/bullpen on the third base side near left field of the Majors field. 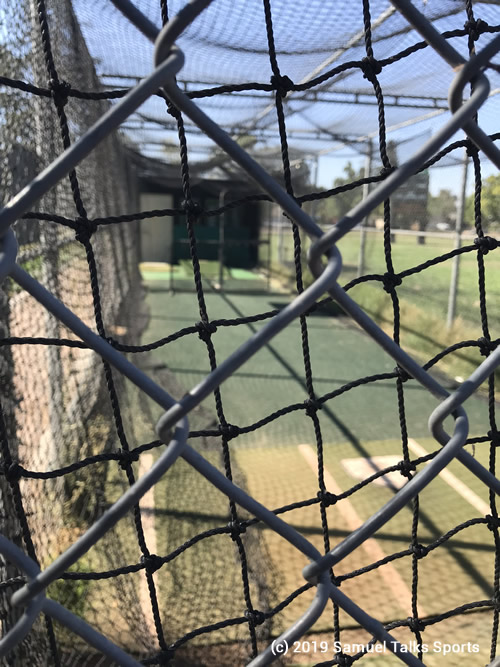 These are the batting cage rules: 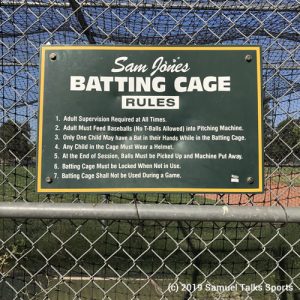 I give this field 4 out 5 stars because the field is a nice field but is not always nicely kept.

The minors field hasn’t been dedicated to anyone so it doesn’t have a different name.

It is a full dirt infield. The dirt is red so when kids slide on the red dirt it is really hard to get out when you wash your uniform.

I give this field a solid 4 out of 5 stars because the outfield grass, most of the time, is short and the infield is nice when it’s game time.

The LGLL snack shack is a little building right next to the Majors field. Some of the foods that people get are popcorn, candy, Big League Chew, sunflower seeds, ice cream sandwiches, drumsticks, hot chocolate, and ICEES. Team parents can buy individual tickets to hand out after a game that kids can use to buy things at the snack shack.

Other Places To Play

Some other places to play are the two basketball courts, a little kid playground (for like 1-3 year old kids), a big kid playground, two tennis courts, and a small fitness area. The basketball courts and the tennis courts are really nice because the nets are in good shape. The ground on them is made of a really smooth material and won’t get really hurt if you fall on it. The big playground has tanbark on the ground and the small playground has sand on the ground.

There is a lot of parking in the around the park and in the neighborhoods near the fields .